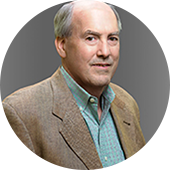 Michael P. Mathews joins the Don Ryan Center for Innovation as a member of the board of directors.

The Palmetto Bluff resident was recently the Savannah/Beaufort regional manager for the Blood Alliance after a 35-year career in executive leadership with the pharmaceutical and biotechnology industries.

The Chicago-native worked with the merged Baxter Healthcare and American Hospital Supply Corporations, Boston-based Haemonetics Corporation, and Toronto-based Hemosol. Mathews is a member of the Beaufort County Rural and Critical Land Preservation Board. He is also active with the Beaufort County School District as a science fair judge via the Sea Island Regional Science Fair Organization.

Mathews has lived in Bluffton since 2006.