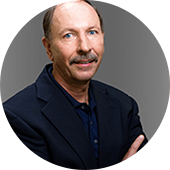 Berl Davis is the chairman of the Bluffton Public Development Corporation board of directors and president and chief executive officer of Palmetto Electric Cooperative, Inc.

Davis offers the Bluffton Public Development board expertise with community infrastructure and guides the Board with how local utilities can work together with economic development projects.

Davis has spent his entire career within the utility industry. He joined Palmetto Electric in 1988 and in July of 2014, Palmetto Electric named Davis to his current position. He is a member of the National Rural Electric Cooperative Association (NRECA) Transmission and Distribution Committee, the Institute of Electrical and Electronics Engineers and is also active with the Electric Cooperatives of South Carolina Engineering and Managers Associations.

He is also very involved in civic and community projects. His many affiliations include a member of the Beaufort County Economic Development Board, a former director of the United Way of Beaufort County, former president of the Coastal Discovery Museum, a former Rotarian and a recipient of Paul Harris Fellow.

Davis graduated from Clemson University with a degree in electrical engineering. He is also a graduate of the NRECA Management Internship Program at the University of Nebraska. Davis has lived in Bluffton since 1992.